The Indian Medical Devices industry is mostly import-dependent with no specific regulations in place till recent times. With the introduction of MDR (Medical Device Rules 2017) attempt has been made to harmonize the Indian medical device Industry as per globally prevailed regulations. 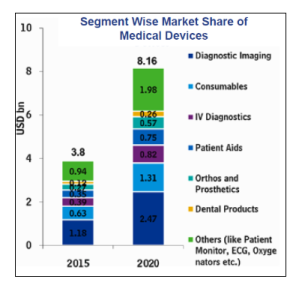 If you are in the Medical Device business or plan to manufacture, import, sell or distribute Medical Device, it is important to know the regulatory requirements, that needs to be followed. To start with, let’s first understand what the term ‘Medical Device’ means. There are many definitions available. The WHO (World Health Organization)  defines; ‘Medical device’ as any instrument, apparatus, implement, machine, appliance, implant, reagent for in vitro use, software, material or other similar or related article, intended by the manufacturer to be used, alone or in combination, for human beings, for one or more of the specific medical purpose(s) of:

A device which comes in direct contact of a patient’s body to achieve its intended function is an In-Vivo device or a Medical Device. However, there are certain devices that do not come in direct contact of the patient but only use body fluid collected from the patient i.e. blood, tissue, smear etc. in inorder to diagnose, monitor, investigate. Such devices are categorised as an In-vitro Device (IVD).

IVDs are usually considered as a lower risk category unlike Medical Devices. The device need not be a direct-use product but can also be accessories like liquid reagents, sutures, Bone Cement, Bandages etc.

In India, the need to regulate the medical industry was first envisioned by the british government resulting in the introduction of the Drug & Cosmetics Act 1940. This act covers the pharmaceutical and cosmetics industry as well as a few critical items used in medical procedures with no special mention to the medical devices category. Though medical devices are very different from drugs with no pharmacological, immunological effect over the body, yet they are crucial in providing support to body organs, drug delivery, diagnosis, prevention or monitoring of diseases. 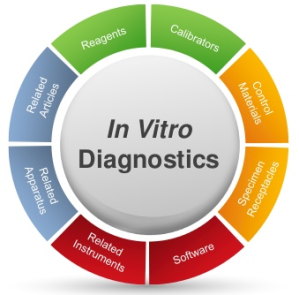 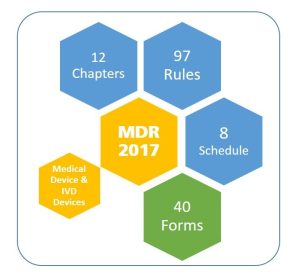 In 2018, four more categories of devices; Nebulizer, Blood pressure monitoring devices, Digital Thermometer and Glucometer were added in the notified devices list, which would be effective from the 1st of January 2020.

All Implantable Medical Devices along with CT Scan equipment, MRI equipment, Defibrillators, Dialysis machine, PET equipment, X-Ray Machine and Bone Marrow cell separators were included in the notified regulated devices list. Implementation of this inclusion will be effective from 2020. In total 379 Medical devices and 247 IVD Devices of notified category are already listed under provision of Rule 4 of MDR.

First step is to identify the class that a device belongs to. MDR 2017 classifies both Medical and IVD device under four categories based on the risk involved.

Having a QMS would help to achieve the quality, even if your device does not come under the notified list. Fifth Schedule of MDR 2017 describes QMS requirements that is equivalent to ISO 13485.

In Fifth Schedule, section 7.1 requires the organisation to establish documented requirements for risk management (as per the IS or ISO 14971) throughout product realisation and record to be maintained. The manner in which a startup should approach the ISO 13485, is another topic for another day as it is an involved process.

With MDR 2017, Medical Device Industry in India will now be regulated through Rules equivalent to globally prevailed existing standards i.e; FDA in USA, CE for Europe, MDSAP (Australia, Brazil, Canada, Japan). Existing manufacturers with compliance to any of these regulations, would not find it difficult to meet MDR requirements.

For those who are new to the regulatory world, following these steps would help

We hope this article would be helpful to Medtech startups, students, small manufacturers or anyone interested to know about Indian regulatory compliance.

This site uses Akismet to reduce spam. Learn how your comment data is processed.